Following fantastic success in the Sunshine Tour at the beginning of the year, Joe picked up several placings at the Arena UK International 2*. Joe and his team of horses then upped their game further when they featured in the Bolesworth 4* International, where several placings where achieved including finishing second in the 1.50m World Ranking Class.

Joe’s phenomenal success lead onto a two week tour in Holland competing in 3* shows at Geesteren and Zuidwolde. Geesteren proved to be a great venue for both horse and rider as Joe won two top of the range Mercedes cars with homebred mare Lola V.

Zuidwolde also proved successful to Lola’s sister, Lavarno as she won three out of four of her classes. Having climbed the world rankings at such an unbelievable speed, Joe was invited to compete at The Royal International Show (Hickstead) 5*. Joe and Lola showcased their class at this show in jumping round the King George cup with just one unlucky fence down.

Being on such fantastic form brought Joe the opportunity to compete as part of a winning 5* Nations Cup Team at the Gijon Spanish show.
Joe then travelled to Peelbergen and onto Moorsele where he logged two back to back grand prix wins again on board Lola V. He was also victorious in yet another ranking class; the 7 year old grand prix and the 1.45m accumulator.

Joe’s continued success upped his ranking to 13th in the country, the highest he has ever been, which led to an invitation to compete at the Horse of the Year Show. Here Joe was victorious in the 1.50m speed class riding Lavarno along with several other placings with Lola, and borrowed horse Hope Springs.

Joe’s first class horses are now having a well-deserved rest until Liverpool’s 4* International in the new year. Meanwhile Joe is busy breaking and producing all the young stock at home. 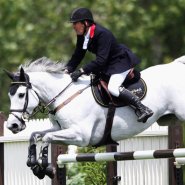 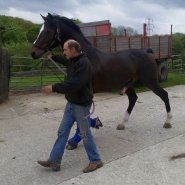 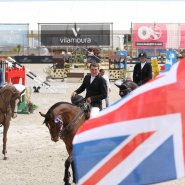 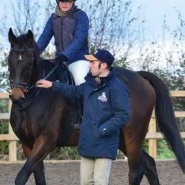